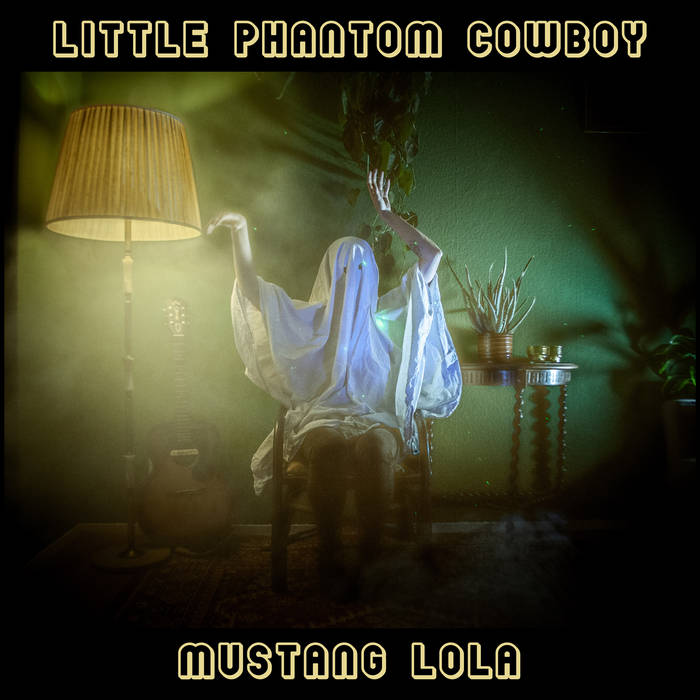 Little Phantom Cowboy is Mustang Lola her first single released as a solo artist. A halloween song written about a boy who escapes his violent father once a year, when he gets to haunt him like a phantom.

One strange night in a year
His vengeance appears

You where warned
Now his white eyes haunt

One strange night in a year
His vengeance appears

You where warned
Now his White eyes haunt

You where warned
Now you won’t be mourned

As a kid, Mustang Lola (Liesbeth Hans) used to listen to her fathers records of country and folks singers. But as a teenager rock music was for more interesting, so her parents would hear the loud guitars of Smashing Pumpkins, Audioslave and Nirvana through her bedroomwalls. These two musical influences formed Mustang Lola as a songwriter. Resulting in songs where country meets (sleazy) rock. ... more

Bandcamp Daily  your guide to the world of Bandcamp

Interviews With Butcher Brown and Slauson Malone, plus LP of the week by SAULT.